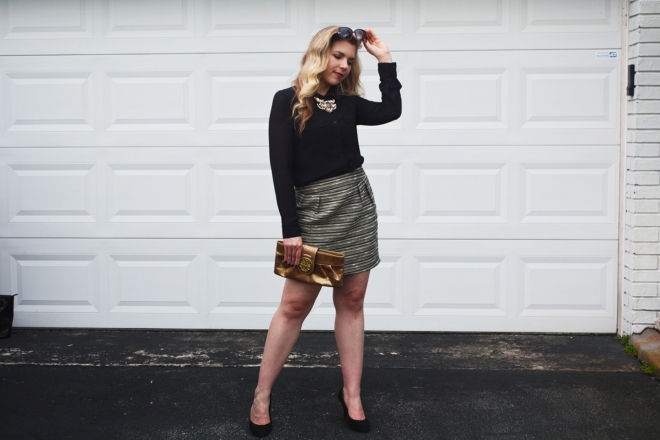 END_OF_DOCUMENT_TOKEN_TO_BE_REPLACED

Greetings from the sky!

My blog has been a little bare since last week, but for good reason. I’m currently embarking on a visit to New York City and am just flying over Florida as we speak. During my stay I’ll be attending the BCBGMAXAZRIA runway show, celebrating by 25th birthday, and soaking in the surreal ambiance of Manhattan.

END_OF_DOCUMENT_TOKEN_TO_BE_REPLACED 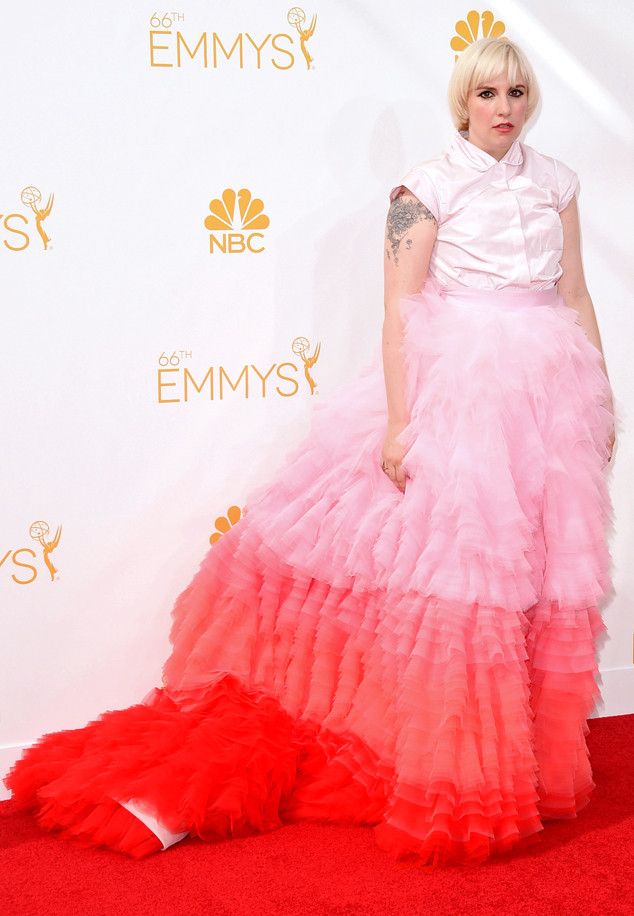 Award show after award show, I’ve come to learn that when you roll out the red carpet, you roll out the criticisms of every audience member. This week’s VMAs and Emmys were a back-to-back tennis match of “who wore what” jargon. I’m all for highlighting the best red carpet looks and I might make a remark about a dress I didn’t love here and there, but while scrolling through the comment sections of many articles I was astounded to find criticisms that ran deep. When will we realize that shaming other women with derogatory language and crude comments is scrapping at the bottom of the barrel of civility?

I follow sites like Buzzfeed religiously and I expect the discussion area to be filled with a mixture of thoughtful, brilliant, lewd and idiotic remarks. Forums are meant for debates – that’s just a fact. I was pretty disturbed to find some of the horrendous things girls are saying about Lena Dunham’s eye-catching Giambattista Valli ensemble. I say eye-catching in the best sense of the word because while I will agree with the some of the wittier Twitter comments bantering about things Lena Dunham looked like (including a beautiful ombre wedding cake), she was bold in her decision and felt comfortable in it. As she stated herself on Twitter, the dress “looks like cake and feels like sweatpants.” Some of the comments are embarrassing for women who are actually trying to better each other and carry the feminist movement rather than stunt its growth.

END_OF_DOCUMENT_TOKEN_TO_BE_REPLACED

Body shaming; From overanalyzing our bone structure to punishing ourselves for putting on water weight, self-criticism is something that is predominant and frightening in most women. As I write to you, I’m tempted to tell you that I’m currently guilty of drinking two glasses of wine and noshing on Ghirardelli squares. When it comes down to it, “guilty” is the most trivial adjective I could select, so why does it seem so natural to say?

END_OF_DOCUMENT_TOKEN_TO_BE_REPLACED 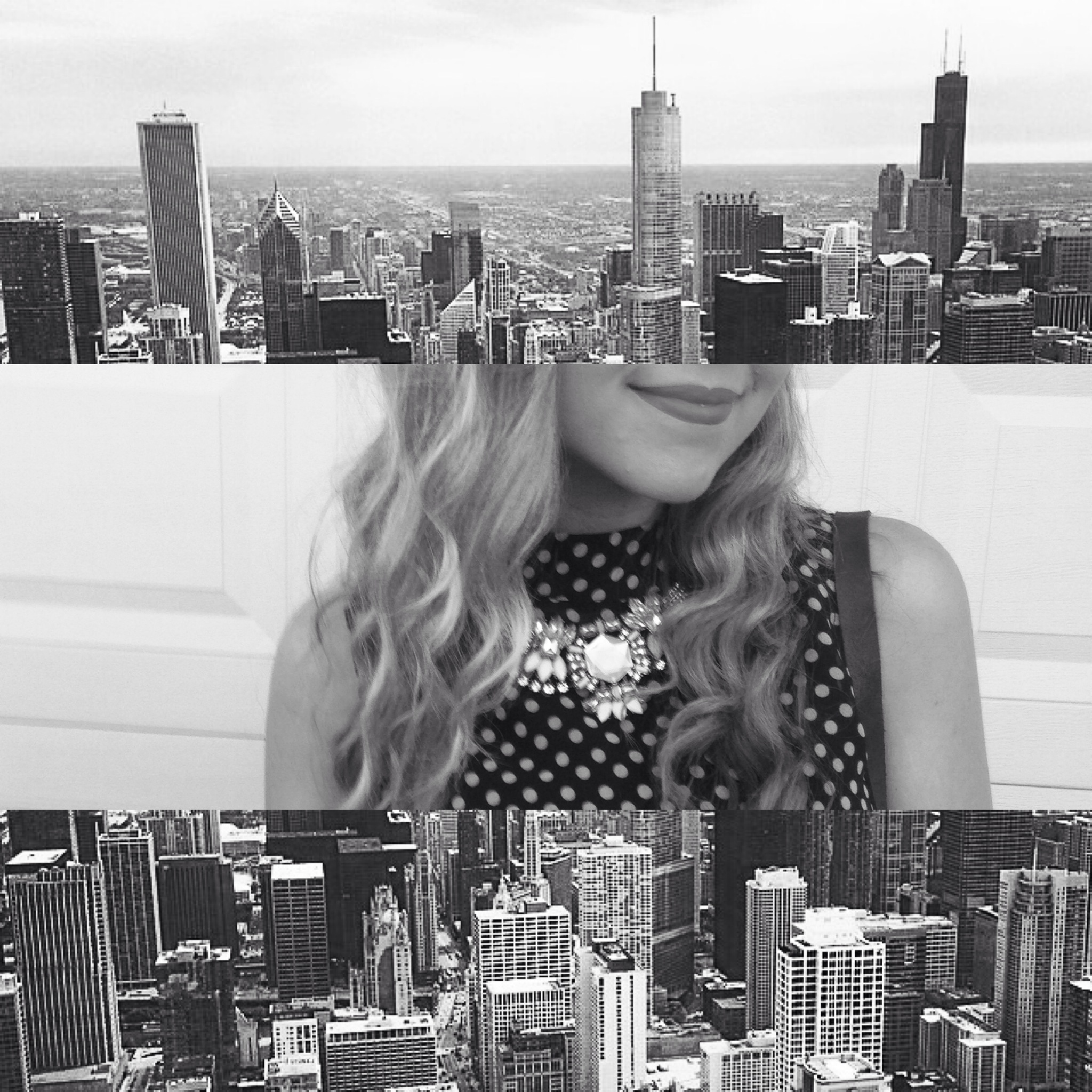 Black and white exudes classicism and grace, therefore, I have an excuse to have a closet full of monochrome. It’s an accumulation of style reminiscent of big city nights, Breakfast at Tiffany’s, mod glam, Paris nouvelle, New York Times, and the 1920s; black and white is a beautiful muted foreground of opportunity. I’m guilty of straying away from color and often opting for flattering black pieces, but there is something about the neutrality of black that always has me wanting more. Mod-inspired and fun, this look gave a playful nod to 1960. When working with a monochromatic palette, I recommend a statement necklace on a high neckline to add contrast and brings attention to your face. Remember to smile while sparkling! 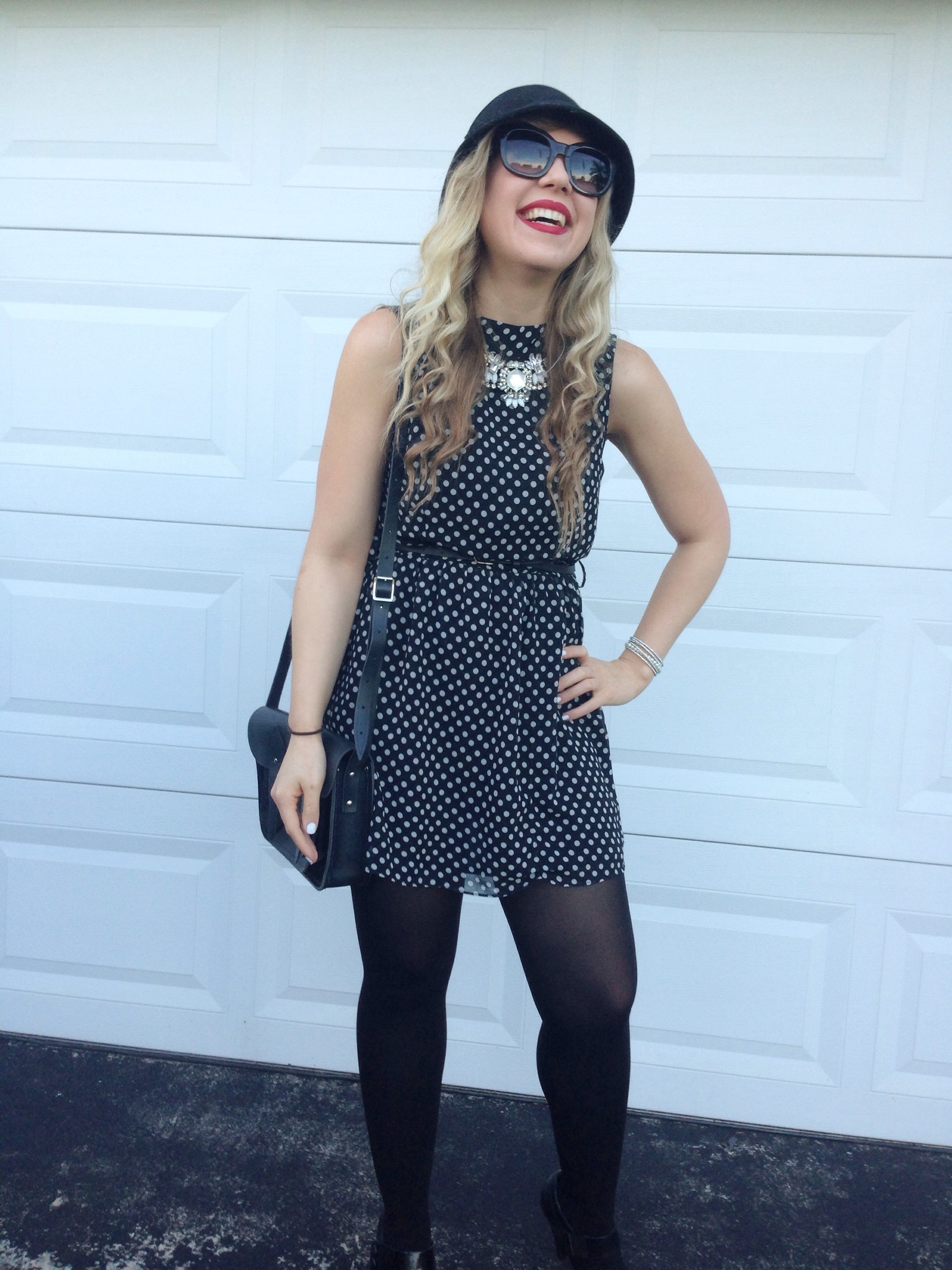